What is The Dark Triad? 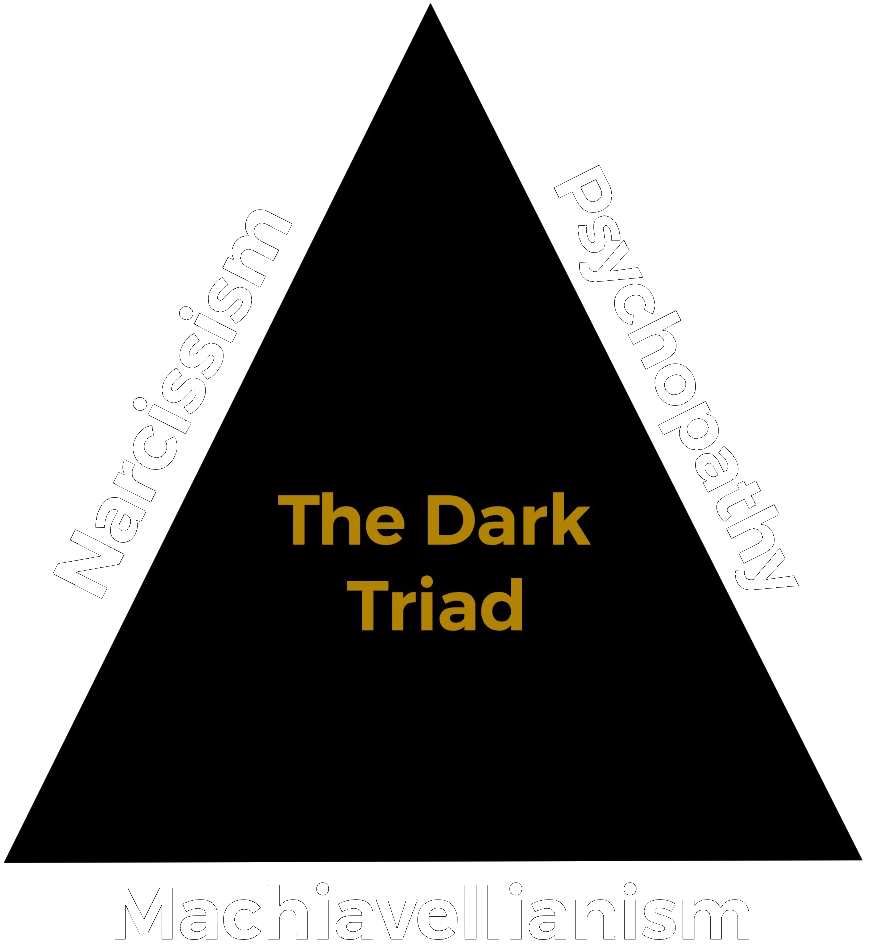 I vividly remember the day when a friend of mine casually mentioned the term Dark Triad in our conversation about personality types. It sounded like something from a science fiction or a fantasy novel, but once I googled the term, my opinion immediately changed and my interest in this phenomenon grew.

I learned that this term was introduced by psychologists Delroy L Paulhus, Ph.D. and Kevin M Williams, Ph.D. in 2002, and since then it has been the subject of thousands of academic articles.

The ominous name refers to three malignant personality traits: Narcissism, Machiavellianism, and Psychopathy. Narcissism is defined as a pervasive pattern of grandiosity, pride, a need for admiration, and a lack of empathy for others. Psychopathy is marked by uninhibited or antisocial behavior, boldness and also a lack of empathy. Machiavellianism is the ability to manipulate, deceive, and exploit others to achieve personal goals.

Academic research found that that these three distinct traits are always present together, sharing a common core of manipulation, impaired empathy and selfishness. This condition is hereditary and genetically predetermined.

People with this personality type are known as Dark Triads. It is estimated that about 1% of the general population fall into this category. Dark Triad people tend to be intense, selfish, exploitative, aggressive, ambitious, adaptive, charismatic and often quite successful. Some of them also display a strong creativity in their approach to whatever field they chose. Of course, not all creativity results from deviant personalities, and not all deviant personalities are creative, but Dark Triads’ creative “fire” has definitely contributed to the advancement of culture and society.

This realization inspired me to write “Fire of the Dark Triad,” in which I tried to present the carriers of this personality as complicated human beings capable of bringing both evil and good to the world.

I found these books, written by the acclaimed scientists especially insightful and helpful for understanding the Dark Triad phenomenon:

There are scores of articles and websites about the many facets of the Dark Triad. I linked some of them below.

“Beware of the Malevolent Dark Triad”

“Does a dark triad’ of personality traits make you more successful?”

“Are Creative People More Likely to Be Psychopathic?”

“The Dark Side of Creativity”

Are you A Dark Triad?